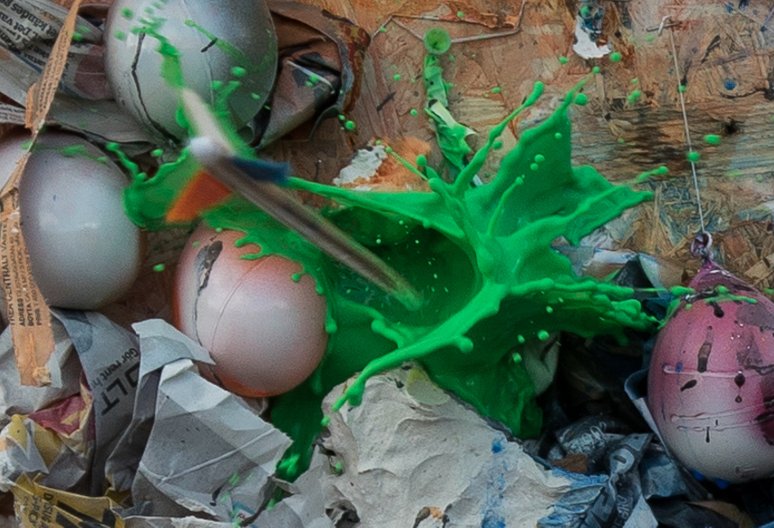 Manufacturing Heroes was a multipart social performative project, including the performance Heroes in Vivalla (2017). It was performed through a process of dialogic aesthetics (an artistic method formulated by American critic Grant Kester, 2005), developed in synergy with the participants.

Through the project ideas of self-regulation and narrative switching were investigated through mechanisms of action research, performance, and aesthetics workshops. A part of it was exploring the mechanisms of story editing, an autonarrative process where counter-narratives are investigated, forged, and performed.

The project was a continuation of the previous work Who's your hero? (2011) based on the cultural and social trope of the Hero and ideas about how comparisons and interconnections of stories about heroes' strengths and weaknesses can create structural and individual dialogues between young people with seemingly incompatible values.

A number of workshops were conducted at Lava, Kulturhuset in Stockholm, around specifically designed surveys that explored heroism and identity, targeted towards young people. The surveys were made anonymously and gathered ideas of how heroism fuels the construction of the cultural reality of young people. The negotiation of identity were a big part of our surveys, visualized as short words, sentences or markings that in themselves became a witness of peripheral visions of the politics of self.

Through these workshops we came in contact with young people from a variety of backgrounds, places and countries, including Swedish-born, new arrivals and children of political refugees, living in most municipalities in Stockholm County.

The main site of the project is a relatively young town with a seemingly small population of about 7000 people. The area is characterized by high unemployment, crime, and poor school results and a significant portion of the population is under 15 (about 30%). According to the Swedish police, Vivalla is classified as a particularly vulnerable area and between 2013-2017 an estimated 30 people, men and women traveled to Syria to fight with the Islamic State terror organization.

Our approach was to work with local organizations and individuals to find young people with different backgrounds in the area. Over a 10-month period, we created dozens of talks and workshops in Vivalla with the aim of listening to and shaping the dreams of the young vivallians through self-generated counter-narratives.

The project is based on two theoretical fields - the American anthropologist Scott Atrans's studies of sacred values and the psychologist Timothy Wilson's studies of story editing. Atran believes that, unlike the post-war economic-rationalist point of departure in a "rational actor", a strictly rational person, we should regard people as "devoted actors", ie individuals who lock their convictions about themselves and the outside world, to the extent that many are willing to die to defend it.

Atran believes that if young people are allowed to dream and visualize their opportunities, it contributes to a lesser sense of exclusion and powerlessness while increasing the sense of freedom of action and self-esteem. Story editing is about working in a multidimensional way to change individuals' narratives about themselves and their world. Timothy Wilson has in several studies worked on how new interpretations and forms can transform individuals' stories through writing and through different types of social and practical actions.

The recurring dialogues in 2016-2017 with the young people in Vivalla resulted in studies of how destructive or violent acts could be re-established into something socially and artistically sustainable, and the beginning of a new self. This meant a shift in the narrative of acts of violence such as physical violence, graffiti, firing,and shooting with bows and arrows. This was linked to a tradition in arts, where destruction is used as a constructive method (Lucio Fontana, Niki de Saint Phalle, Roman Signer, etc.) and resulted in Heroes in Vivalla, a performance that took place in central Vivalla where a number of destructive acts were converted to something constructive and aesthetic, as the acts were performed within the context of an artistic context.

Manufacturing Heroes was realized with the funding by Kulturbryggan and the local support of Martín Mestanza from the organization Simon Viva and Folkets Hus och Parker in Vivalla.