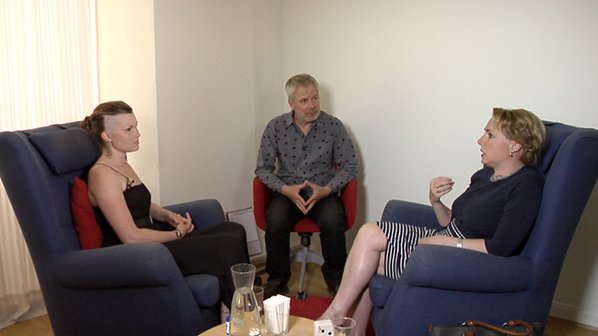 What happens when two opinion opponents meet in love therapy?

Through the performance Imago a spatial situation was constructed for value-based, cultural differences by experimenting with alternative forms of communication between opinion opponents. The aim was to seeks a new form for a conversation beyond the classic, polemical debate format, where rhetoric is often polarized and becomes a medium beyond reconciliation and instead its own closed system.

In this performance, Jenny Sonesson, formerly active in Liberala Kvinnor, and lead writer at Dagens samhälle and Göteborgsposten meets with Malin Schelin, information manager at Ja till livet. The dialogue was based on the right to abortion and was led by Håkan Matsson, Imago therapist, working with a form of dialogue that uses methods such as validation and reflection, in order to verbalize and raise awareness of what is being said on both sides.